１９９８年秋（１０月３１日〜１１月３日）に香港に行った時の記録を、２０１６年６月５日に再掲した記事です。
This is my trip memories in Hong Kong in 1998.
Before visiting
U.K. or China? mainly China.
Hong Kong's new cinema, not only action or Kung Fu but cool stylish, Wong Karwai.
Are there any Pubs in Hong Kong?
Chinese food
---
It was a night when I first stepped into Hong Kong. From a bus window on the way to city from Hong Kong International Airport, traffic lights and pedestrian crossing came into my eyes and made me feel like being in England. But a bus went into the city centre, big ad-signboards over the road clamed this is Hong Kong.
---
Hostel where I stayed was STB Hostel in Yau Ma Tei, Kowloon. The STB is familiar name to me. When I was travelling around Japan, especialy Hokkaido, cos I had much money or just to save a cost to stay, I slept in the railway station with a sleeping bag. I called it STB. STB for STation Bivouac. 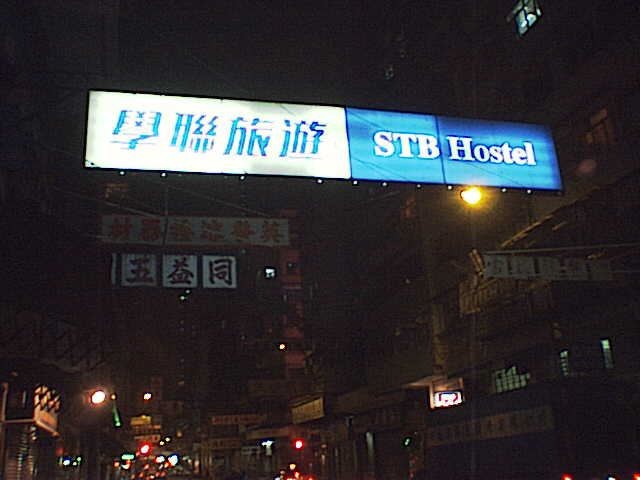 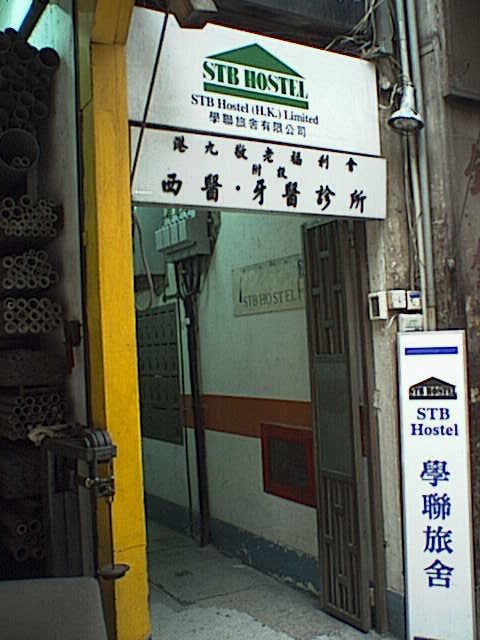 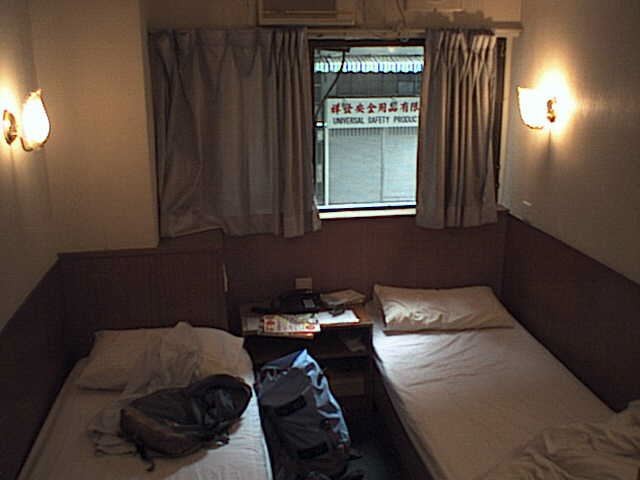 STB Hostel Inside a room Room
---
Overhead advertising signboards are one of the most impressed view of Hong Kong. There are many people, both Chinese and Tourists, walking on a street market. Chinese speak loud and pedestrian signals also beat a rhythm themselves! 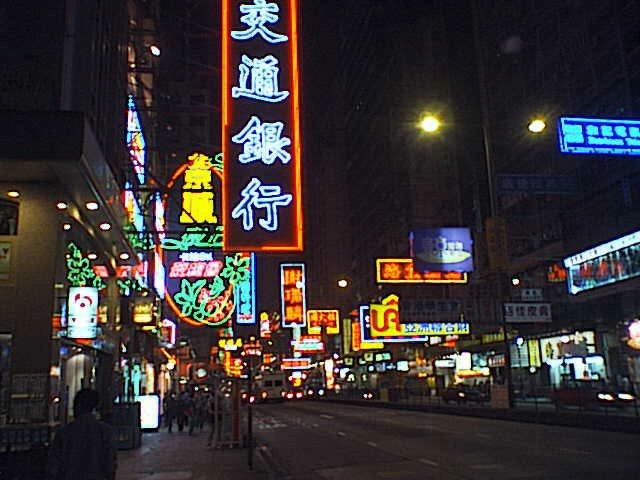 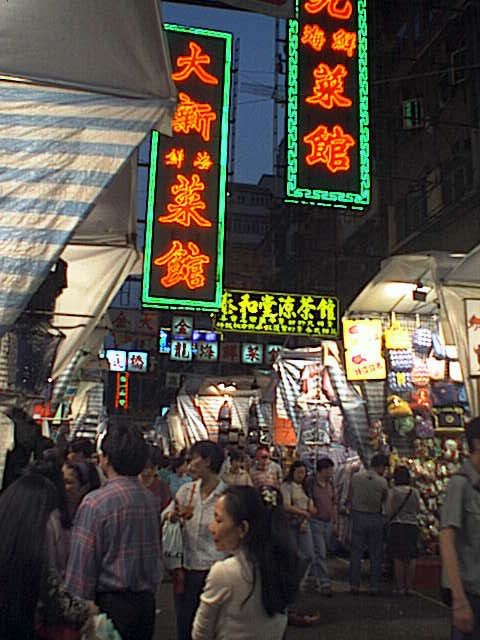 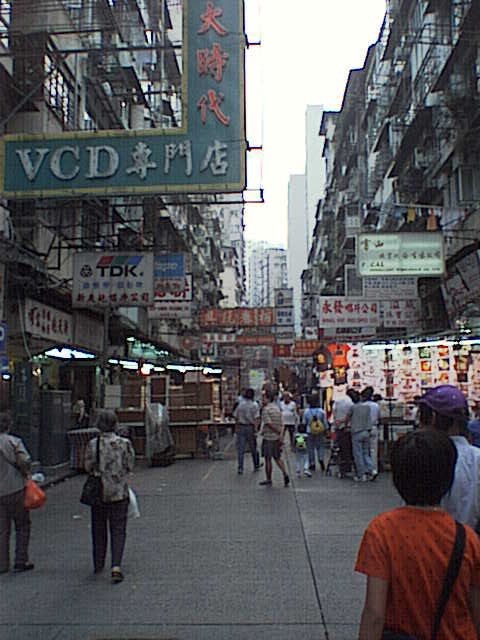 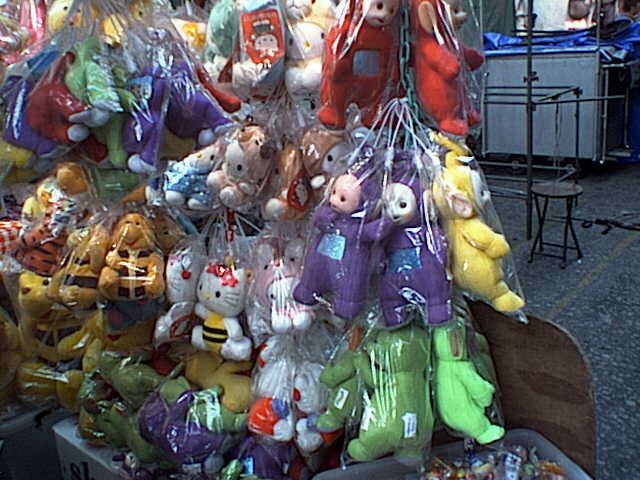 Teletubbies
---
China is the world famous delicious food country. As a vegetarian, I listed some vegetarian restaurants. It's called Sink Chai food in Cantonese. I also wanted to taste Chinese morning meal like congee (rice porridge) or noodle soup with won ton. But I couldn't get into such fast food shops cos there seemed to me they would serve meat or chicken. Other chinese, Yum Cha and Dim Sum were tasty but they might be more tasty if I could eat with many people. One thing I doubt is prices on an English menu were higher than Cantonese. Prices were double or triple. Was I tricked??
Don't forget to drink bitter at night. Hong Kong once was a part of United Kingdom. There are some pubs around Tsuimshatsui or Central. I went two pubs while my staying. One is Irish and another is British. I also tried Hong Kong brewerd beers, Denmark's Carlsberg and Philippine's San Miguel. I actually don't like such lager beer but Carlsberg is a name on the Liverpool Reds' kit. Not bad for me. 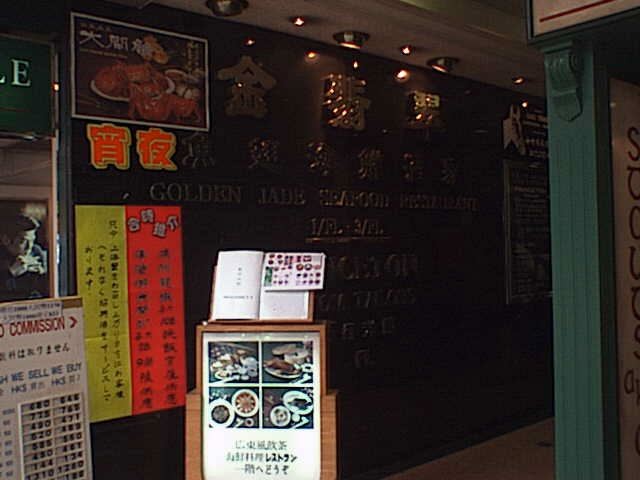 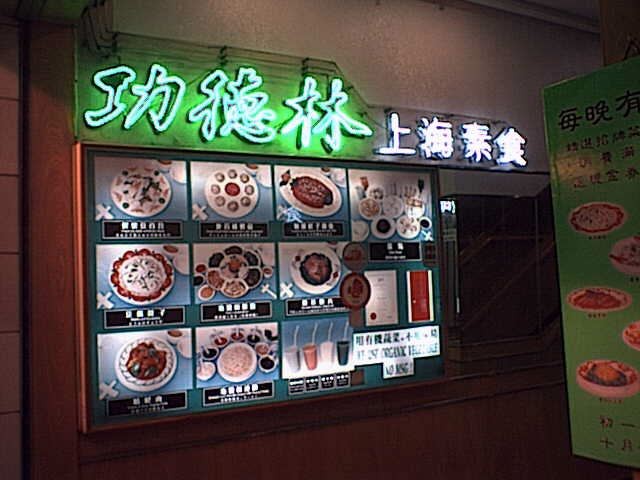 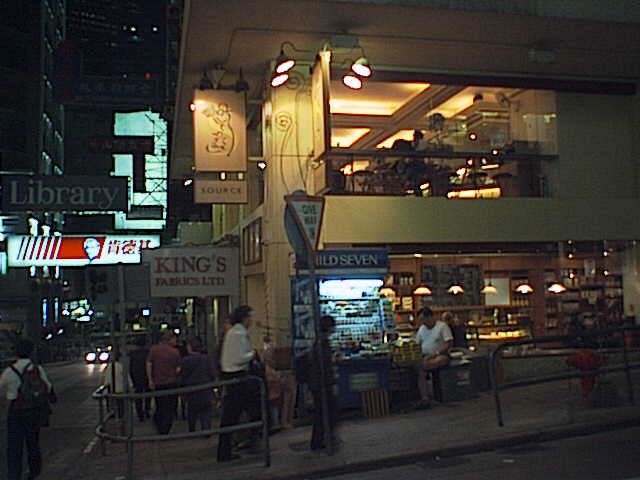 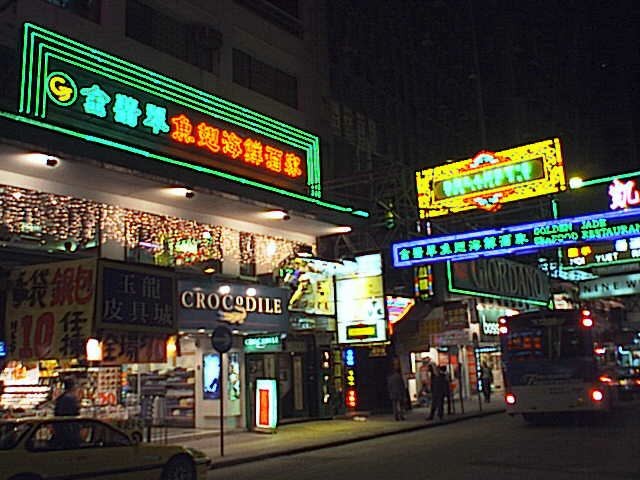 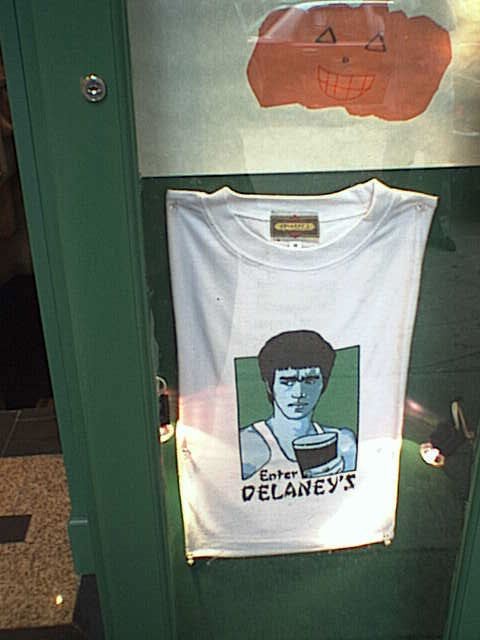 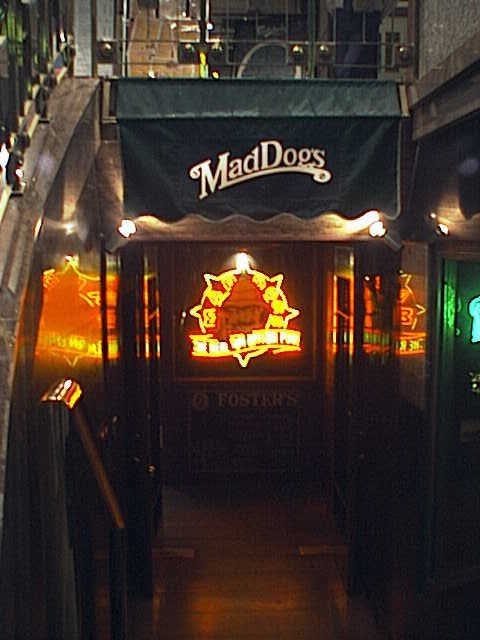 MadDogs British pub near Soho (South of Hollywood road).
---
In Hong Kong, there are some interesting traffic to get around. Was a double decked bus from U.K.? Not only a bus but also tram is doble decked. You can see tram only Hong Kong Island. There are some routes between Kowloon Peninsula and Hong Kong Island but Star Ferry is cheepest route for tourist with nice view on day or night. 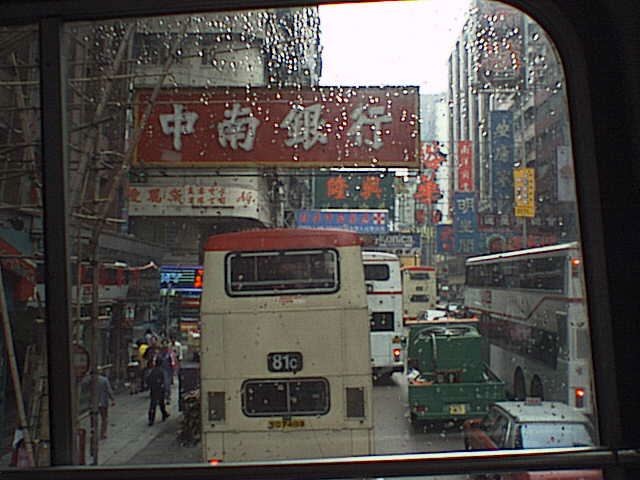 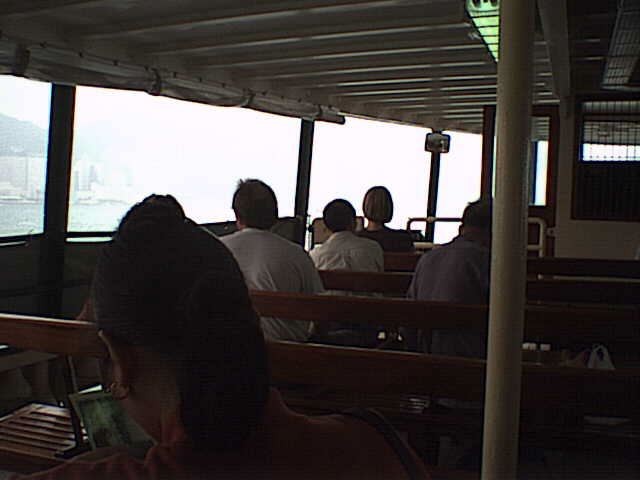 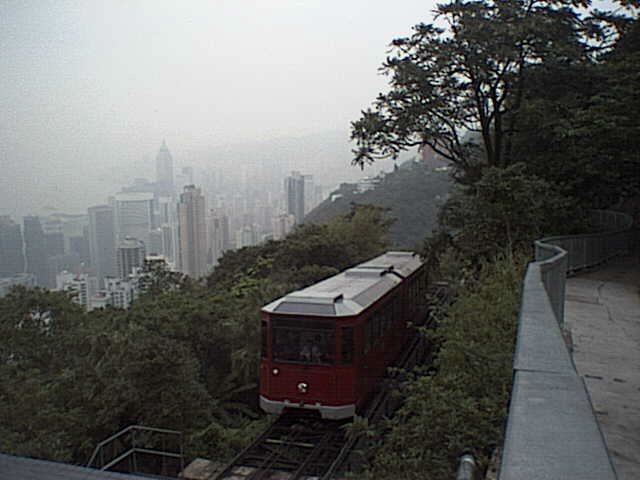 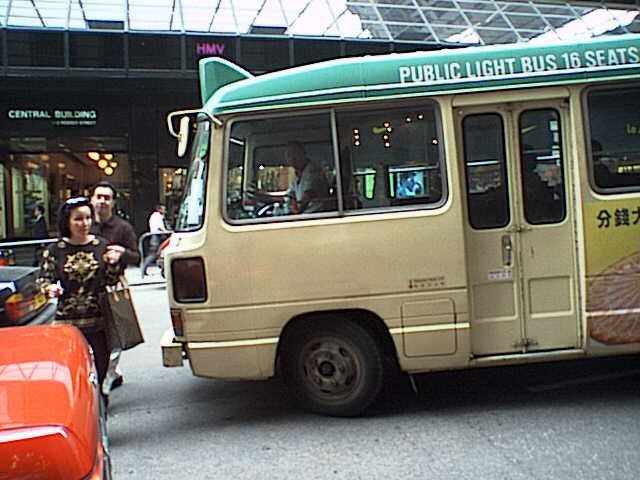 Mini bus at Central down from the Peak. 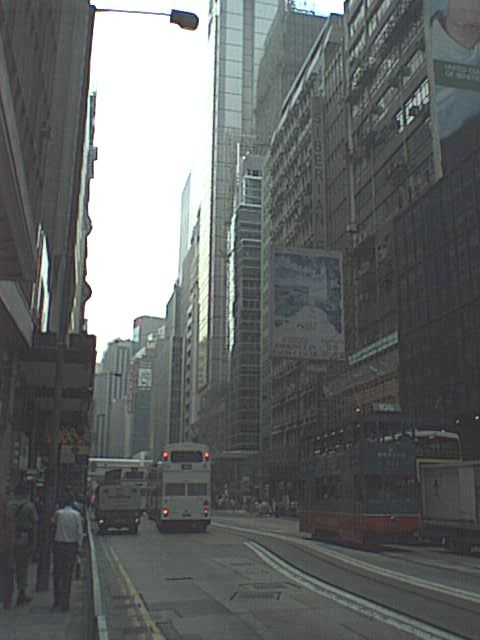 Double decked bus and tram in a valley of buildings, Central.
---
Don't forget to catch a cat anywhere I go:) 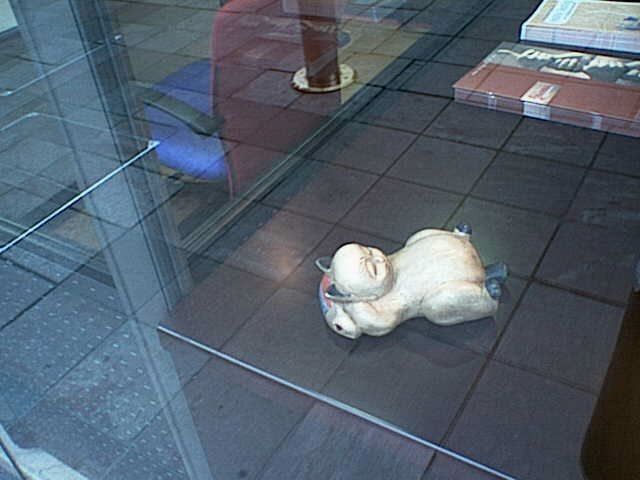 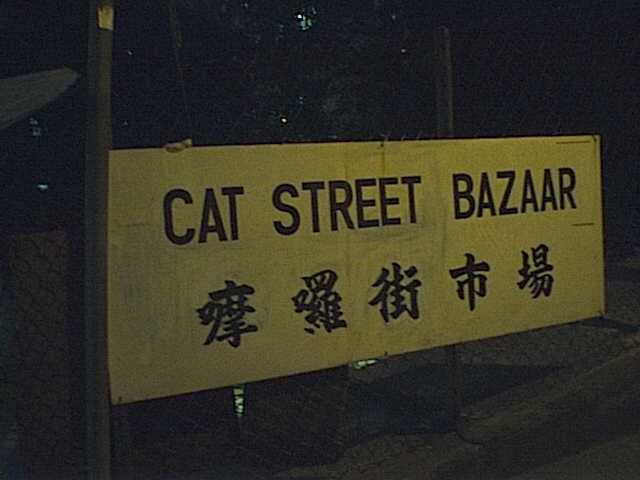 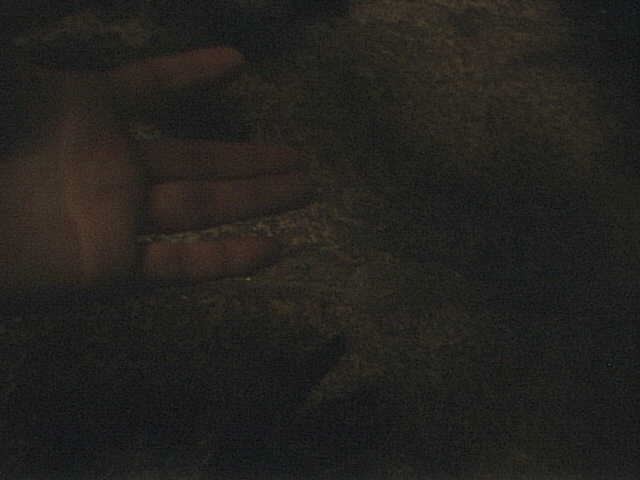 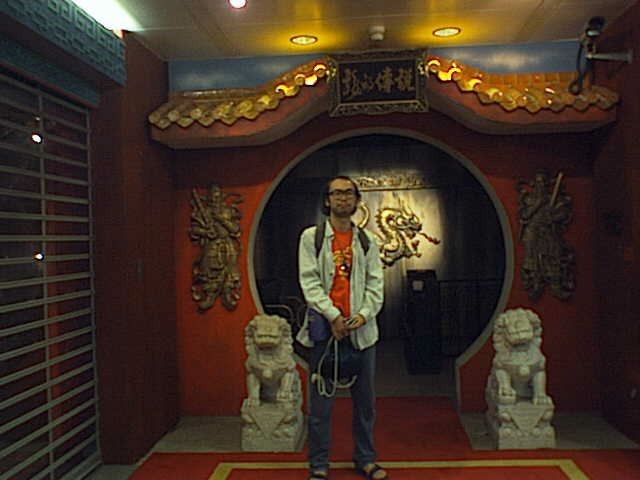 Rise of Dragon In front of the Rise of the Dragon, Victria Peak. 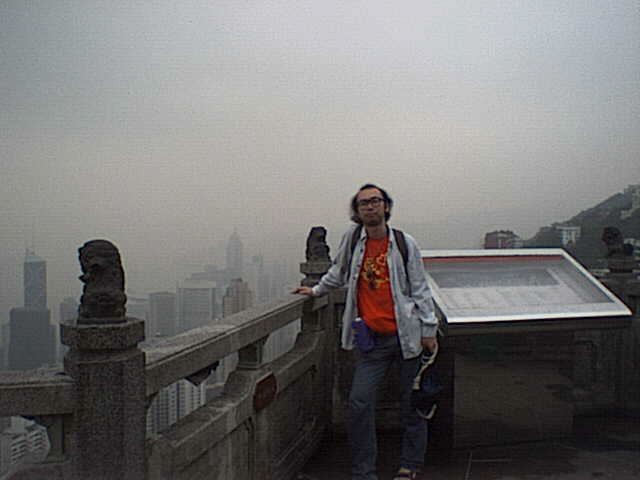 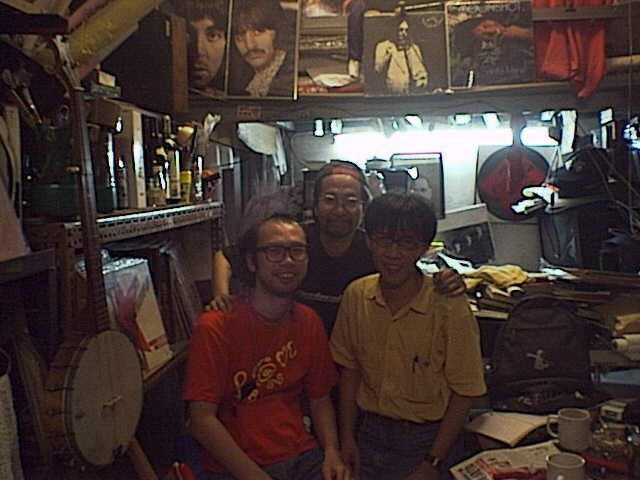 With Kenny in his used record shop and his friend Sam, Lok Ku Road, Sheung Wan.
---
Three nights and four days were very short to walk around Hong Kong. There were many places I didn't go and many things I didn't do. I felt both U.K. and Asia in Hong Kong. English speaking, road sign and pubs for U.K. and light, sound, food and people for Asia. Old and new. Very unique area. I have to learn Cantonese for next trip.
« 香港２日目 香港１日目 »
プロフィール